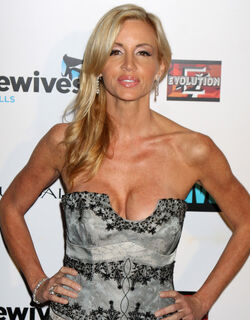 Camille is a multitalented model, actress, dancer, and advocate, who calls Beverly Hills her home. Grammer began her career as a dancer on Club MTV. She was married to sitcom star, Kelsey Grammer, for 13 years. Together, they have a daughter, Mason, and a son, Jude. Camille and Kelsey own a production company, Grammnet Inc., which produces the shows Medium, Girlfriends and The Game, and I Love Sports. She has appeared on both the big and small screens. Most notably, in the Halloween episode of Frasier, in Betty Thomas’ Private Parts, and Woody Allen’s Deconstructing Harry. She has also appeared as a dancer in several music videos. Grammer was featured in the HDTV video dream sequence in David Niles’ Broadway show Dreamtime at The Ed Sullivan Theater. Her hobbies include dancing, skiing, paddle boarding, tennis, hiking, and collecting rare first edition books, such as Pride and Predjudice, Works of Byron 1833, The Sound and the Fury, and the works of William Faulker and Roald Dahl. In 2011, Kelsey and Camille divorced.

Retrieved from "https://real-housewives.fandom.com/wiki/Camille_Grammer?oldid=4733"
Community content is available under CC-BY-SA unless otherwise noted.