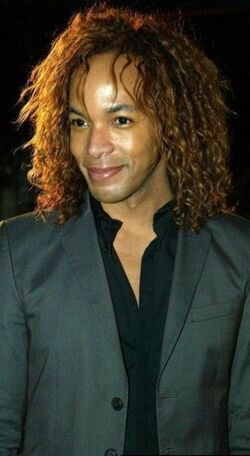 Paul Wharton (originally from Cleveland, Ohio) was raised in the suburbs of Washington, D.C. before moving to New York City at the age of 19 to pursue his goals of becoming a fashion designer. There, he worked as a model, stylist, and wardrobe specialist before moving on to high opportunities including appearing on MTV and VH1 shows as a fashion expert and guide. He was offered his own column called "Ask Paul" in Elle Magazine and an online segment on Ellegirl.com where he dished out fashion and stylist advice and guidelines to be followed.

His previous work as a model garnered the attention of Wilhemina Models, a well-known agency in New York City, where he instructed and developed new talent in the high fashion industry. In addition to these accomplishments, Wharton worked with the TV ONE network (a channel targeting African American issues and interests) on the show Makeover Manor as a stylist expert. He appeared as a guest character on the Real Housewives, Washington D.C. where he owns the companies Evolution Look Modeling Agency and Evolution Look Online.

Retrieved from "https://real-housewives.fandom.com/wiki/Paul_Wharton?oldid=7229"
Community content is available under CC-BY-SA unless otherwise noted.